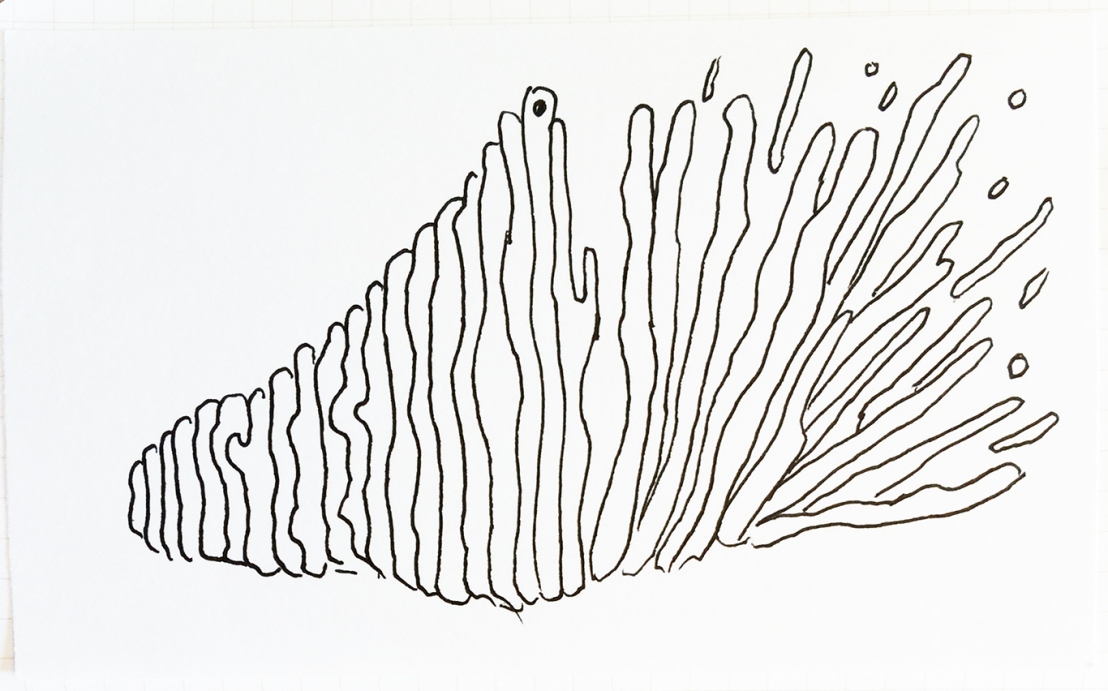 Once upon a time there was a star. This star lived right next to the moon.

The star looked at the big round moon and felt small. His light wasn’t as bright as the moon, or as big. He felt that compared to the moon, his light was meaningless and useless. He thought, “There’s no point in shining, it doesn’t make any difference with the bright moon in the sky.” So he stopped shining. A dark spot appeared in the sky where he used to be, but it seemed like no one even noticed.

Then, one night, a little girl came to see him.

“Star,” she said “why did you stop shining?”

“Because I’ll never be as bright and big as the moon,” said the star. “So there doesn’t seem to be any point to shine at all”

“But the moon leaves us sometimes,” she said. “He gets smaller and smaller until he fades away, making it too dark. I’m afraid of the dark, and you help keep me from getting scared when the moon is away.”

The star looked across the sky and sure enough, the moon was smaller than the night before and didn’t shine as bright.

“You make me feel safe,” she said.

The star didn’t think anyone noticed that he had stopped shining. He thought about it for a few moments, and then turned on his light.

The little girl clapped her hands with delight.

“Thank you for telling me that you liked my light,” said the star.

I’m a motion graphics artist and animator.  I’m currently engaged in several personal projects that are at the core based on frequency and time. Two of those projects are represented in this blog.